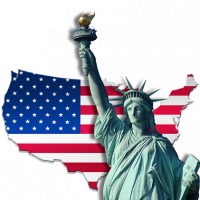 DV Lottery USA – Live and Work in the USA

KCC will select the winners and will allow the entire DV 2014 applicants to check their status from the month of May 2013 till June 2014.

Those selected winners will have to follow the official dv lottery web site information and must send their duly filled forms to the KCC as soon as possible only through the internet.

Winners will be called for the interviews according to their case numbers from 1st of October 2013 till 30th September 2014 or till the visas exhaust.

Selected winners of DV-2014 whom are living in the USA can contact the USCIS office to change their status once their case numbers are current in any given month.

DV2014 winners who have received their U.S immigrant visas under the diversity visa program must use it to enter the USA before it expires.
(Normally the visas are valid for 6 months.)

NOTICE.
In the American DV Lottery program history a big thing had happened today on 14/05/2011.
Yes, the results that were checked from 01/05/2011 till 06/05/2011 are made void as the State department said that a proper random name selection was not done due to a computer programming error.
They are going to make a new random name selection and are going to announce the result by 15/07/2011.

So it is good news for those who had found that they are not selected for the program in the May first week have to check their results once again.

And it is a bad news for those who had checked and found out that they are selected winners for the visa lottery program. Now their results are void and they too have to check the selection result once again from 15/05/2011.
Do you want to apply for the visa lottery program?
Then you must have to read the diversity visa lottery instructions for the fiscal year program which you are going to apply. Must have the necessary knowledge to make your own correct size and accepted quality digital photo files or must have to make them from a professional photographer. You must know those eligible dependants that you have to include in your entry for the DV 2014.

Have you been selected as a winner?
Once you are selected as a winner, you must have good knowledge of case numbers, immigrant visa fees, how to read the visa bulletin, must have the contact information of the KCC, how to make yours and your dependant’s medical examinations, how to make your police clearance in those countries where you were resident for the last 10 years and many other necessary information for the normal American immigrant visa application processing.

Who conducts this program?
American Government is conducting this program every year to maintain the diversity of its people.

Are all people are allowed to participate here?
No they allow only natives from eligible countries with required education or work experience to participate in the annually held program from all over the world. Natives mean birth country not the person’s nationality. If you don’t have the eligibility requirements don’t apply for this program.

How many applications a person can submit?
A person is allowed to submit only one E-DV entry with his name as primary applicant. If he applied more than one entry, then all the entries will be removed from the system with out any notice to him. An unmarried eligible person will get a visa while a married person may get visas for his spouse and eligible children to enter the USA along with him. In the USA they can change their status to LPR status by following the instruction.

Why a year is included in the program name?
Each diversity visa lottery is named after the fiscal year which it is designed for, for example DV-2012 is the name for the American Diversity
Visa Lottery program which is now accepting entries in this year 2010. The U.S State Department had published the instructions in the PDF format. The American Government web site is the one and only web site that will be open to apply during the thirty days period this year. No entries will be accepted after this period. Before you submit the entry read the Instructions carefully as there may be small changes from the previous years. The DV Lottery winner will not be given away with the U.S.A immigrant visa but will be given a chance to apply for the immigrant visa.

Is there any difference between winners living in the USA and other countries?
Those winners who are living in the USA can contact the USCIS office to change their current status to LPR status when their case numbers are current. People staying out side must attend visa interviews when they are called for it.

How much is the visa fees? How to pay it?
Non refundable visa fee is US$ 819 or equivalent local currency and it must be paid to the consular office only on the day of your interview.
All your dependants too must pay their visa fees.

DV 2013 visa lottery program.
DV 2013 program is the name for the official visa lottery program that had already accepted entries for the fiscal year 2011. In some countries this program is known as 2013 American Green card lottery. The official web site did offer the online entry forms from 4th of October 2011 and was closed on 5th of November 2011 after 32 days of accepting period. Results are expected around 01 May 2012.

DV 2012 visa lottery program.
DV 2012 Applicants who were selected for the program were notified through the American Governments official web site when they checked their status online from July 2011. Nearly 100,000 winners were selected by the computer random draw from the registered entries. Winners are now being called for the interviews from 1st of October 2011 according to the case numbers. This will continue till the visas exhaust or till the program closes officially on 30th September 2012.

DV 2011 visa lottery program.
DV 2012 visa lottery program was closed on 30th September 2011 by the American Government after issuing those allocated immigrant visas to the successful winners who had proofed their eligibility at their interviews in the Embassy and to those who had changed their current status in the USA to LPR status.

Some facts related to the American green card identity document

Green card issued by The American Government is not in Green color.

Some conditions will apply to maintain the validity of it.

It is valid normally for 10 years only; this should be revalidated after the specific mentioned period.

It doesn’t give you the U.S citizenship, but you can apply for it in a later period.

Our web site is providing valuable information on the American Government’s diversity visa lottery program for the last 8 years.